Thomas McGonigle was interviewed on Glucksman Ireland House NYU Radio Hour about his book ST. PATRICK'S DAY: another day in Dublin, which is the latest Notre Dame Review Book Prize winner. It will air Saturday, March 11, 2017, on WNYE 91.5FM at 9 a.m. It also will be available on www.irishradio.com and on www.nyuirish.net/radiohour

John Shoptaw, author of TIMES BEACH, received the 2016 Northern California Book Award in Poetry. Shoptaw teaches at the University of California, Berkeley, and published an earlier book of criticism titled On the Outside Looking Out: John Ashbery’s Poetry. TIMES BEACH received the Notre Dame Review Book Prize in 2015. Robert Hass, poet laureate of the United States (1995–1997) and author of The Apple Trees at Olema: New and Selected Poems, said: “Times Beach is, like most interesting American books, an original. It’s about a place, the watershed of the Mississippi River, and it is an ecopoetics. Best, perhaps, to think of it as a hybrid of Hart Crane, the depression photographs of Dorothea Lange, and a nineteenth-century lantern show—they called them ‘panoramas’—of the human and environmental history of our mightiest river system. It comes from a deep sense of the rhythms and dialect of a place and from a deeply literary and inventive imagination.”

The 35th annual Northern California Book Awards were held on May 15, 2016, at Koret Auditorium, San Francisco Main Library, 100 Larkin Street in San Francisco. The awards recognize Northern California authors and their best books of 2015. The nominated books in the Poetry category included: Practicing the Truth by Ellery Akers; Alkali Sink by Stella Beratlis; Red Epic by Joshua Clover; Notes on the Assemblage by Juan Felipe Herrera; and This Present Moment by Gary Snyder. Winning authors read briefly from the winning books. A book signing and reception followed the awards ceremony.

R.D. Skillings's essay M'Dear is listed in The Best American Essays of 2015 as a Notable Essay. NDR has two essays from issue #37 honored in the volume's 2015 list, the other being Renee D'Aoust's Harry & Dancer.

Past NDR Sparks Fellow Renée D'Aoust's essay "Harry and Dancer" is listed as a Notable Essay in The Best American Essays 2015. Her essay appeared in Notre Dame Review 37. Congratulations, Renée!!

The Poetry Daily website on April 25 is going to feature issue #39 (Winter/Spring 2015) of Notre Dame Review and Don Bogen's translations of Javier Etchevarren, "Glue," "Punta Carretas," and "Garbage Dump," which appear in that issue. Be sure to check it out. http://poems.com/ 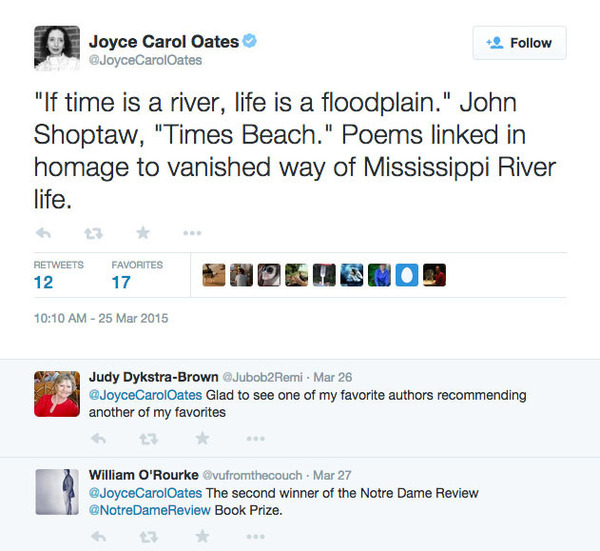 A short-short interview with John Shoptaw

Viewpoint: Torture to one isn't to another.

The second recipient of the Notre Dame Review Book Prize is John Shoptaw, for a volume of poetry, Times Beach, which will be published in the spring of 2015 by the University of Notre Dame Press.

The NDRBP was begun as a first volume prize, awarded to an author who has published short fiction (or poetry) in the Notre Dame Review.  Established in 2013 by the NDR, in conjunction with the Notre Dame Press, the prize is to honor the work of both accomplished and emerging authors, who have yet to publish a volume of stories, or a collection of poetry. (Consideration is now given to novels, not necessarily in their case first novels.)  Besides publication, the author is awarded a $1000 prize.   The judge is the Editor of the Review, currently William O’Rourke, in conjunction with the Press; the prize will be awarded when warranted.  There are no entry requirements, other than previous publication in the Notre Dame Review.

John Shoptaw was raised in swampeast Missouri. The poems of Times Beach dwell on the time-places of the Mississippi watershed. His publications include a critical volume, On the Outside Looking Out: John Ashbery’s Poetry (Harvard UP) and the libretto for the opera Our American Cousin (BMOP sound; composed by Eric Sawyer). Poems from Times Beach have appeared in The Colorado Review, Common Knowledge, The New Yorker, Notre Dame Review, A Smartish Pace, and elsewhere. He teaches ecopoetry and poetry writing in the English Department of the University of California at Berkeley. 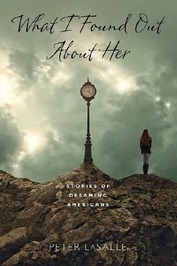 Notre Dame Review contributor Peter LaSalle has been awarded the 2014 Richard Sullivan Prize in Short Fiction for his story collection What I Found Out About Her: Stories of Dreaming Americans.

In this collection of eleven stories, LaSalle explores how everyday life for many—an FBI agent, a study-abroad student, a drug dealer’s chic girlfriend, a trio of Broadway playwrights, among others—can often take on something much larger than that, almost the texture of a haunting dream. Marked by stylistic daring and a rare lyricism in language, this is intense, thoroughly moving fiction that probes the contemporary American psyche, portraying it in all its frequently painful sadness and also its brave and unflagging hope.

What I Found Out About Her will be released this September through the University of Notre Dame Press. Go to http://undpress.nd.edu/book/P03143 for more information or to pre-order.

Peter LaSalle is the author of several books of fiction, most recently the novel Mariposa’s Song and a short story collection, Tell Borges If You See Him, recipient of the Flannery O’Connor Award in 2007. His stories have appeared in leading literary magazines and award anthologies such as Paris Review, Tin House, Zoetrope, Yale Review, Antioch Review, Best American Short Stories, and Prize Stories: The O. Henry Awards. He is the Susan Taylor McDaniel Regents Professor in Creative Writing at the University of Texas at Austin.

“I’ve always believed that as a short story writer Peter LaSalle has been in the same class as Donald Barthelme and Joyce Carol Oates in the avant-garde of American fiction writers, and now, reading his new collection, What I Found Out About Her, I am more than confirmed in that belief: indeed, his sophisticated and highly controlled formal experimentation, which is the sparkling core of his style, now flows with such masterly ease that he can be said to be in a class of his own, at the forefront of American creators of original prose.” — Zulfikar Ghose, author of The Triple Mirror of the Self

”Peter LaSalle’s stories, set in wonderfully various settings—Buenos Aires, New York, Paris, Chicago—are rich in their delineation of our private lives and loves, and in those moments in which, by ourselves or with others, we live most deeply. These haunting tales are shrewdly original, disarmingly complex, and—always, always, since LaSalle is one of our finest storytellers—as beautifully crafted as they are memorable.” — Jay Neugeboren, author of You Are My Heart and Other Stories 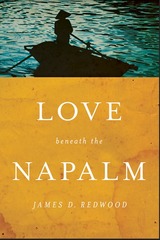 The inaugural winner of The Notre Dame Review Book Prize is James D. Redwood; his collection of short stories is Love Beneath the Napalm. James D. Redwood graduated from Oberlin College in 1971 and went to Saigon, South Viet Nam, in September 1972, to teach English. After the fall of Saigon in April, 1975, Redwood attended law school and joined the faculty of Albany Law School in Albany, New York, in the fall of 1989, where he continues to teach. He began publishing short stories in 1993 based on his experiences in Viet Nam, appearing in the Virginia Quarterly Review, Black Warrior Review, Kenyon Review, North Dakota Quarterly, TriQuarterly, and the Notre Dame Review.

The Summer/Fall 2012 (Number 34) issue of the Notre Dame Review has been listed as a Notable Special Issue in The Best American Essays 2013, which is just out. Thanks to all the contributors of that issue, especially Harry Mark Petrakis and Thomas McGonigle whose essays were both singled out as Notable Essays.

Mark Brazaitis, director of the Creative Writing Program at West Virginia University, has published THE INCURABLES, winner of the 2012 Richard Sullivan Pri 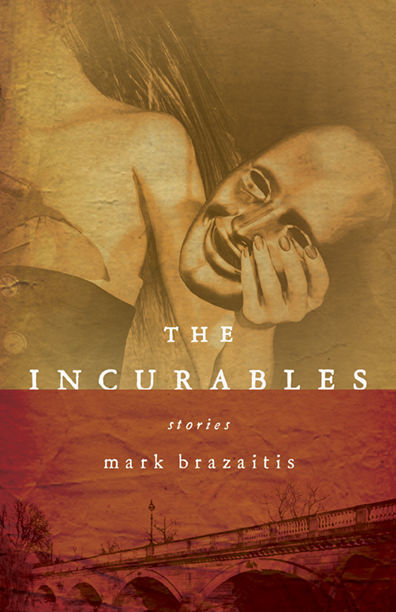 "The Incurables is a wonderful collection of stories about life, mental illness, and the human condition. The stories are wry, compassionate, and provide a deep understanding of the strengths and frailties of human nature and the ways in which individuals play out the hard cards they are dealt. Or don't."—Kay Redfield Jamison, author of An Unquiet Mind

According to Booklist Online, "In the first story of this collection, the wife of a newly elected sheriff, who is suddenly thrust into a rash of suicides, says, 'It’s like a plague of irrationality.' That phrase describes many of the incidents in this series of stories, set in the community of Sherman, Ohio." The reviewer goes on to say, the "[s]ubjects and themes are dark: divorce, suicide, depression, insanity; the tone and style are not.The author’s bizarre humor and the outrageous plot elements and attitudes about the vagaries of human nature lighten the mood considerably."

Brazaitis is the author of The River of Lost Voices: Stories from Guatemala, which won the Iowa Short Fiction Award; An American Affair: Stories, winner of the George Garrett Fiction Prize from Texas Review Press; a novel, Steal My Heart; and a collection of poetry, The Other Language. Brazaitis's short stories have been cited in the Pushcart Prize annual and Best American Short Stories volumes.

THE INCURABLES is published by the University of Notre Dame Press. Read more:

Joan Frank's short story collection In Envy Country received Foreword Magazine 2010 Book of the Year Award for Fiction – Short Stories Category. The winners were announced on June 25, 2011, at a ceremony held at the Morial Convention Center Auditorium C during the American Library Association Conference in New Orleans. The winning titles, representing the best independently published books from 2010, were selected by a panel of librarian and bookseller judges. One of the stories from the collection, "Sandy Candy," appeared in NDR #27

In Envy Country won the 2010 Richard Sullivan Prize in Short Fiction (sponsored by the Creative Writing Program at the University of Notre Dame) and was a finalist for the 80th Annual California Book Awards. The book has received first-rate reviews from such notable venues as Publishers' Weekly, The Boston Globe, San Francisco Chronicle, ForeWord, and others.

In Envy Country is published by the University of Notre Dame Press. Click here to read more about the book: